New books in the YA department: place a hold now! 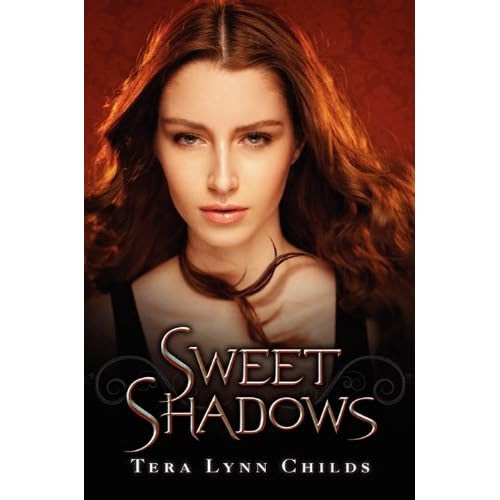 Sequel to: Sweet Venom
Gretchen may have known she was a descendant of Medusa long before her sisters—after all, she's spent her life fighting the monsters that escape the abyss—but that doesn't mean it will be easy to teach the other girls the ropes. Can she rely on Grace and Greer, or even trust herself to keep them safe? Greer has pressing social commitments on her plate and precious little time to train in her newfound powers. But that wretched second sight won't leave her alone, and her fabled heritage seems to be creeping into her fashionable life.

Grace has worries closer to home—like why her brother, Thane, has disappeared. He's hiding something. Could it possibly be related to the secret heritage the triplets share?
With the warring factions among the gods of Olympus coming for them, the creatures of the abyss pushing into their world, and the boys in their lives keeping secrets at every turn, the three girls must figure out where their fate will take them and how to embrace the shadows of their legacy.

by Sharon Cameron
When Katharine Tulman's inheritance is called into question by the rumor that her eccentric uncle is squandering away the family fortune, she is sent to his estate to have him committed to an asylum. But instead of a lunatic, Katharine discovers a genius inventor with his own set of rules, who employs a village of nine hundred people rescued from the workhouses of London.

Katharine is now torn between protecting her own inheritance and preserving the peculiar community she grows to care for deeply. And her choices are made even more complicated by a handsome apprentice, a secretive student, and fears for her own sanity.

As the mysteries of the estate begin to unravel, it is clear that not only is her uncle's world at stake, but also the state of England as Katharine knows it. With twists and turns at every corner, this heart-racing adventure will captivate readers with its intrigue, thrills, and romance.

by Kendare Blake
Sequel to: ANNA DRESSED IN BLOOD

It's been months since the ghost of Anna Korlov opened a door to Hell in her basement and disappeared into it, but ghost-hunter Cas Lowood can't move on.

His friends remind him that Anna sacrificed herself so that Cas could live—not walk around half dead. He knows they're right, but in Cas's eyes, no living girl he meets can compare to the dead girl he fell in love with.

Cas doesn't know what happened to Anna when she disappeared into Hell, but he knows she doesn't deserve whatever is happening to her now. Anna saved Cas more than once, and it's time for him to return the favor.
Posted by Honey Brook Library at 10:22 AM No comments:

Starting with the November 2012 General Election, Pennsylvania law now requires voters to show an acceptable photo ID to vote at the polls. The deadline to register to vote in the upcoming general election is on October 9th 2012. There is no online voter registration option available. We have voter registration forms here at the library.
You can find more information at www.votesPA.com
Posted by Honey Brook Library at 9:04 AM No comments: